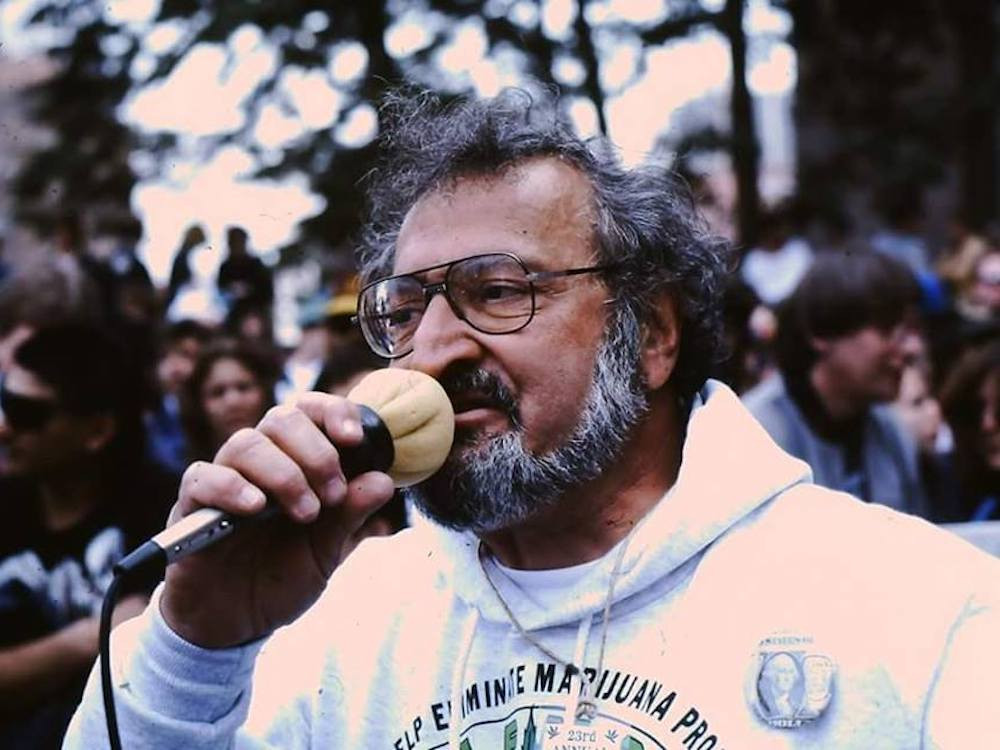 You mean, you don’t know Jack?

LET US SET THE STAGE
It’s 1980-something, and you and your pals head down to Venice Beach, California. It’s just like you imagined. Exciting boardwalk, muscle beach and of course … a hippie, spouting out angry theories about government control. This is where the legend begins for the Emperor of American Cannabis, Jack Herer. Matching his dishevelled look and jagged choice of words, was his book “The Emperor Wears No Clothes.” In it, he claimed that bureaucrats were suppressing the use of one of the world’s most medically beneficial and industrial useful plants in the world: Cannabis. He was “a larger-than-life cultural phenomenon” and “the single-most important person in the legalization movement.” – Keith Stroup, NORML (National Organization for the Reform of Marijuana)

1955
Decades earlier, in 1955, he enlisted in the US army at the age of 17. He was fundamentally different than the man described in the first paragraph. He was a hyper-conservative. He backed military escalation in Vietnam and straight-up hated hippies. He bought into what he had been told by his elders, the newspaper and exploitation movies - that cannabis is a dangerous drug, peddled by shifty people with bad agendas. In his defence, most people were influenced to feel this way at the time.

1960
It wasn’t until the late ’60s, that he mustered up the courage to try it, and it changed his life. “I was feeling sensations that I didn’t even know a human being could even experience,” he said. He also included that it encouraged “the best meal he’d ever had and the best sex he’d ever had.” And now he started to seriously question why “this stuff" was illegal.

1970
By 1970 he was a dedicated consumer and proactive component for the legalization of cannabis. He contributed to the satirical cannabis-themed underground colouring book G.R.A.S.S.  (Great American Standard System) and started doing promotional appearances. This would end up being crucial in the creation of his book. When fans would meet him, they’d often come equipped with facts about the hemp plant that Herer himself, had never heard. Facts such as George Washington grew hemp on his Mount Vernon estate, or the 1930s American anti-hemp campaign was only launched as a paranoid reaction to Mexican migrants and Black jazz musicians. He collected these pieces of information and they would eventually help inform his legendary works “The Emperor Wears No Clothes.”

In 1972, things finally started to take action when a San Francisco attorney, Leo Paoli managed to get decriminalization on the ballot. It was an iconic moment, and a disappointing failure with only 33.5% voting for it. But as small as it may have seemed, it took most of California’s politicians by surprise. It also incited a spark of life-long inspiration for Jack. Nearly every year after this, he tried and failed to bring cannabis back onto the ballot. He was in it for the long game, and his willingness to bounce back in the face of defeat would become his legacy.

1980
In 1981, he was arrested for “conducting political activity near a federal facility after dark.” Out of all 34 times that he was arrested, this was the one that promised to be the most serious. As a man of principle, he denied the $5 plea deal fine and lost. He was sentenced to 30 days in prison, and this is where he had the time and focus to turn his knowledge into something tangible.

The book, published first in 1985, was arranged like a counterculture zine. News clips, art, and cartoons drove the strong message that “everything you were told about cannabis is wrong". He cited facts about ancient civilizations using it for making rope, canvas, food, paper and clothes. American farmers only stopped growing it because of the racist fears of the 1930s, aided by fear-mongering newspaper empires and paper companies that influenced society to believe cannabis was a “deadly, dreadful poison”.  If people could be educated to see through these lies, Herer wrote, hemp could be rescued from obscurity and save the world because it would stop pine forests from being harvested for paper and Earth’s fossil fuel from being refined into filthy gasoline. On the surface, “Emperor” didn’t look like a serious book, but the research was backed up with multiple footnotes, and Jack promised a cash payout to anyone who could find a factual inaccuracy within it. Though his close research partner, Aldrich acknowledged that Herer “stretched things a little bit” he admitted that he never had to pay out the bounty.

The book has sold over 700,000 copies and has been re-issued 14 times. He spoke at colleges, festivals and legalization rallies across the country. There’s no doubt that his work inspired generations of people. When he passed away in 2010, cannabis was just starting its journey of real-life legalization in the states. If it wasn’t for trail-blazers like Jack, it’s easy to assume we would never have gotten this far. That’s why there are so many festivals and strains named after him, and why we’ve accepted him as The Emperor of Hemp, or for short, The Hemperor.

How to Bake with Cannabis