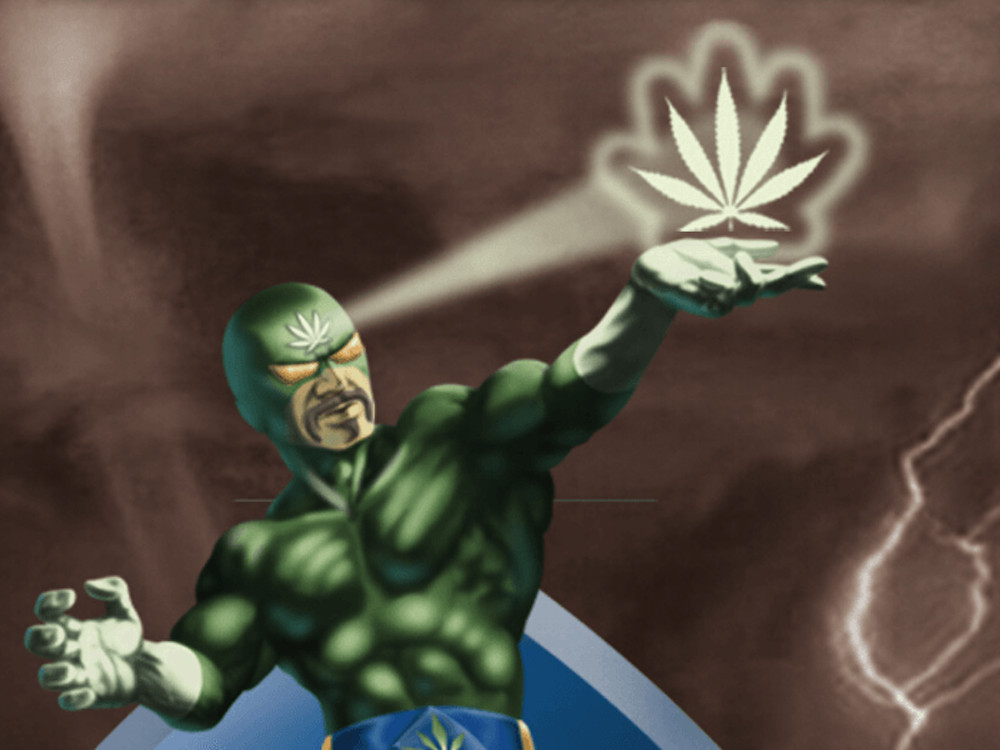 A love-struck slacker named Hal happens upon some intergalactic bud.
It just so happens that his sweetheart, Marion was just captured by an evil super-villain, so Hal decides to smoke the mysterious glowing green bud, and turns into CAPTAIN CANNABIS!

Nope, we aren't making this up.

This real-life comic book was created and published in 1977, right here in Canada. The Winnipeg-born illustrator, Verne Andru developed this character in response to the hilarious propaganda of his time. As you could imagine, Captain Cannabis was much more laid back than your average superhero. In fact, he wasn’t much of a fighter at all. This cannabis consumer was dedicated to peace, love and understanding. At the root of his life’s work was a strong commitment to “prevent people from mistreating each other, and being jerks".

Hopefully, you aren't a jerk - because he’s back.
And according to his IMDB page, an estimated $40,000,000 is budgeted for Captain Cannabis' major motion picture.

He's the very first Cannabis Superhero.
And it all started right here in Canada.

While we’re unsure about the strain of the Captain's intergalactic bud, if we had to guess, it would likely be something along the lines of No. 427 Retrograde or Animal Face!